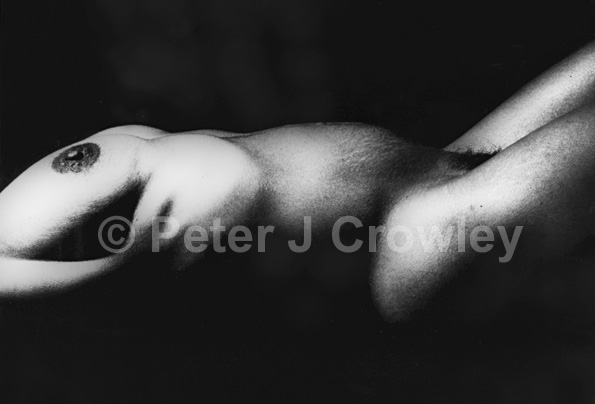 This image was made of a seven months pregnant women on 35mm film. The negative was printed onto 4×5 litho film which resulted in a film positive. I then contact printed the positive to another sheet of litho film to create a negative to print from. Litho film is used in the printing industry to create a high contrast negative for offset printing  plates. It was this high contrast that I wanted for this image.