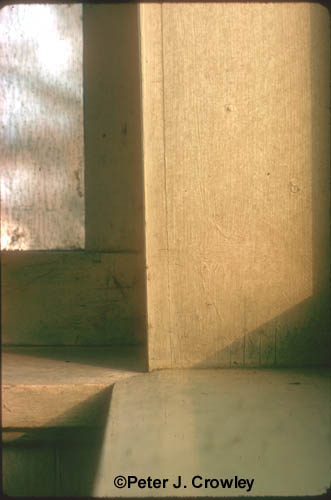 1975 Westford Vt I started to shoot close ups of old farm houses and barns. Looking closely at the world and the simple beauty that time and weather presents. In the Seventies [those who didn’t accept disco believed that the 70’s never happened we just reran the sixties] we still believed we as individuals could make a better world. We were wrong. enjoy pjc
Re -Elect No one