“Game, Revelation, Obsession,”
Part Art, Part Mathematics, Part Psychology.
Or The Game as we who were involved called it.

ArtSpace Norwich July 2002
Youth and summer abound as I settle into this new road of creativity. Moments dance before me from sibling showers to “Game, Revelation, Obsession” presented by Mike Galaburri. Perhaps or in my mind the closest this new venue came to being a community. 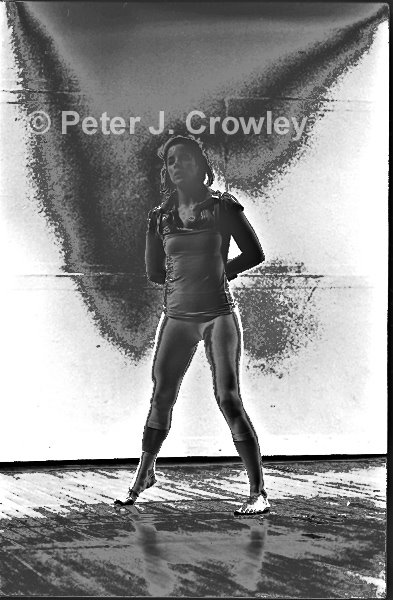 All three images are made with film the dance image altered to a new road with post production.