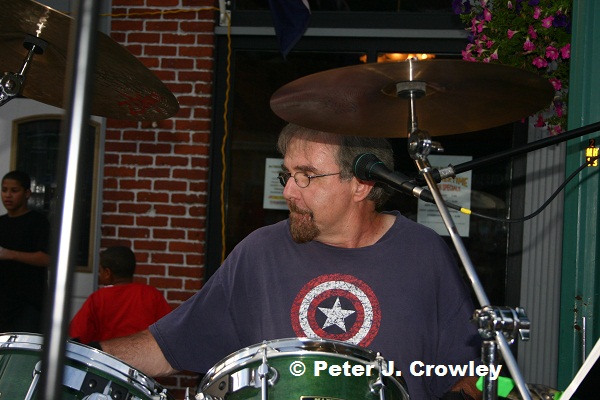 Third Thursday Faces this one belongs to Frank Busse, the drummer in the Wild Bill Project, he also plays with King Cake and others. Thank you to the lead singer who extended a guitar solo so I could get the photo of the drummer always the hardest to see on a small stage. 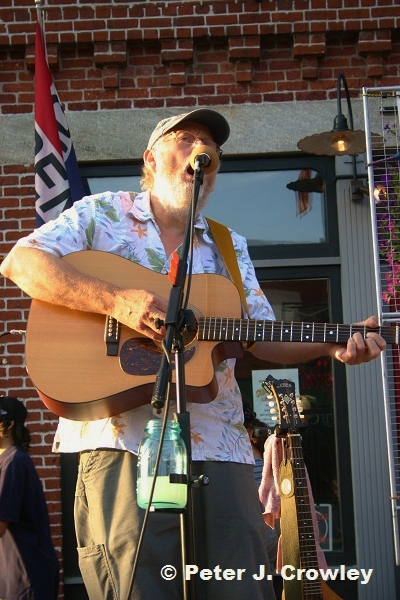 Jack Collins here with the Electric Trains who were great as usual. Jack on the far west side of the stage created much less of a shadow problem than the other two members of this trio. The fact that Jack introduced me from the stage is a mere coincidence that his photo is here. 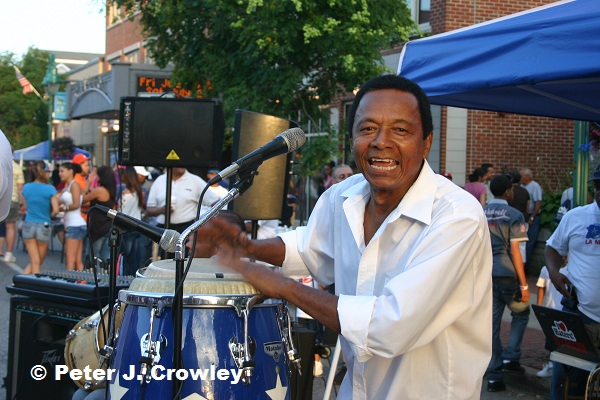 The Conga Player of this great Band who’s name I hope is correct, standing talking with a DJ from WECS who was doing the sound he wrote the name on a piece of paper “Saborengue” he got me a flyer and I stuffed it in my pocket only this morning did I realize it was in Spanish. They are playing in Rec. Park this afternoon. Any help at correcting my name of the group would be appreciated.

Of course there were cute hats and many smiles. To say a good time was had by all is a gross understatement.