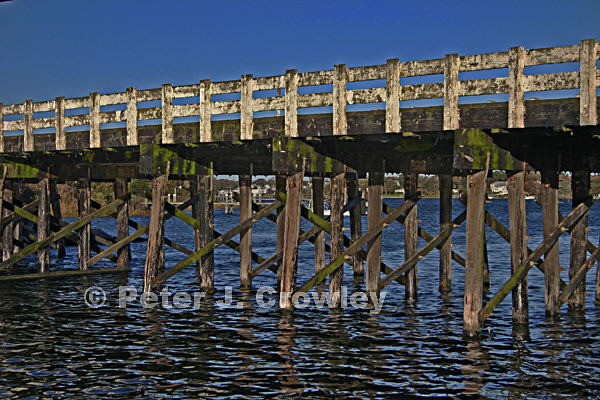 Old wooden bridge from Galilee to Jerusalem RI. Digital image made on 10/11/12 Galilee has been a favorite place of mine since the 80’s. In the 90’s I met Arnold Prince a former Art Professor at RISD who took his class there in the eighties. Arnold and I both worked at RISD at the same time but never met till the first day he was painting a mural in Willimantic on Walnut St. We became fast great friends and would travel to RI once or twice a summer. He would sketch and I would shoot some color for him to paint from or as he put it your much easier to hall around than an easel and he could not talk to an easel. enjoy pjc