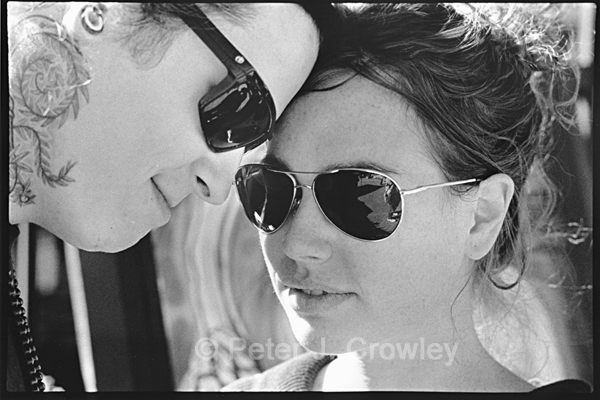 Willimantic Ct. October Ninth 2010
Artists Being Art
Film
The Moment
One Exposure by an artist
Not artifiscal intelligence.

Photographic Art Portrait of an Artist

Five decades on the road and rails creating visual and verbal images. A life in Photographic Art 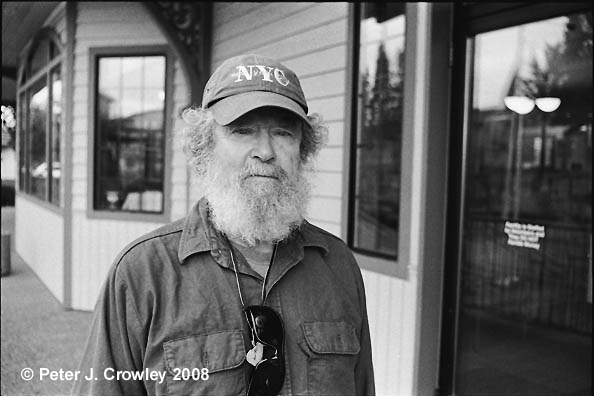 A transplanted New Yorker heading back to Northern California. Lots of bearded serious faces on this trip. At lunch the other day with a couple of friends we were talking about the state of the nation and how it is portrayed by my portraits. The feeling was that of little motivation of fear and looking over your shoulder waiting for the next shoe to drop.

August 18 eleven am and it is back to more typical Washington weather. When we arrived in Seattle on the sixteenth it was in the low nineties bright sun. HOT HUMID
But as I headed south from Olympia/Lacey it was back to drizzle and upper sixties. Back on the rails headed south to the desert I wondered would the going south to LA crowd be as community oriented? What comes next? “Something always comes next.” She would say with her voice or eyes as we created in my studio or where ever the muse and I visited. A bit of rambling today, a similar feeling to August eighteenth drifting between here and there. The route to LA was broken up by train changes and bus rides, i-podian girls in there own world and less stimulating conversation as the passengers came and went with less of these travelers on for the full run. People seemed more cautious, but every image you make is a self portrait. I was more cautious focused on all the changes of connections. This train had an arcade car so as we rambled through the mountains you could kill aliens. The ride through southern Washington and Oregon was beautiful fog in the mountains and piles of ice in the shadows from a recent hail storm. Night brought an encounter with a man having a psychotic episode across from me in the cafe car. Yelling about Amtrak polluting his mind and he was going to jump. I think he didn’t even know I was sitting across the aisle. His stop became the next stop as with the same level of customer service he was calmly escorted to a seat by a group of Amtrak employees. Portland and Sacramento next faces from 1998 and 2008.
enjoy pjc