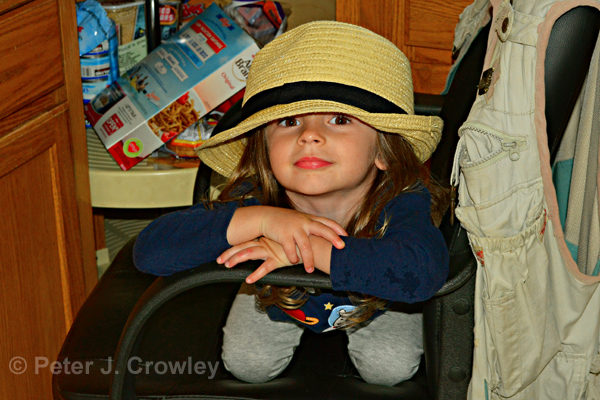 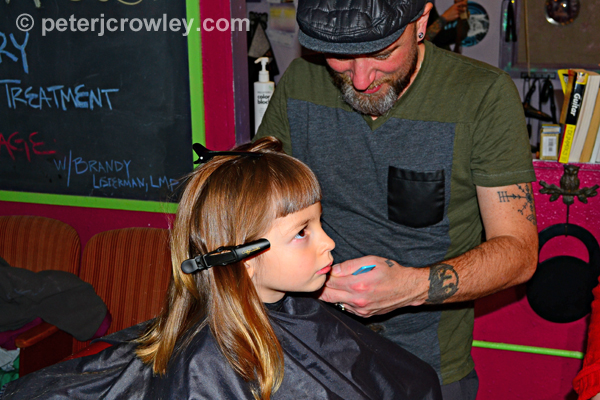 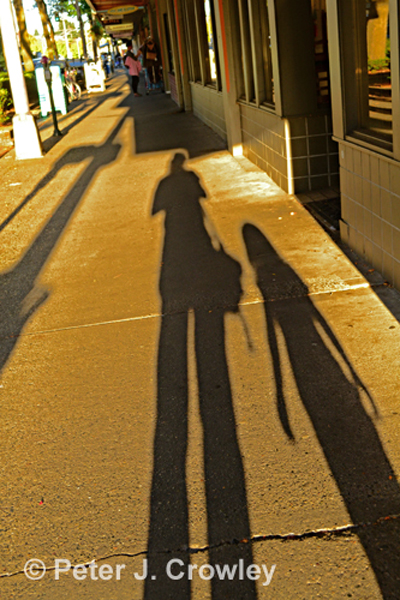 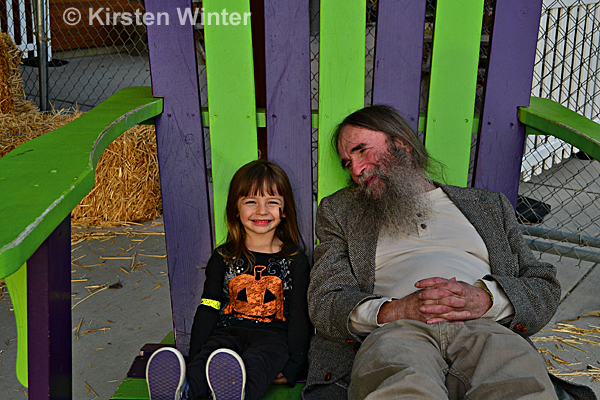 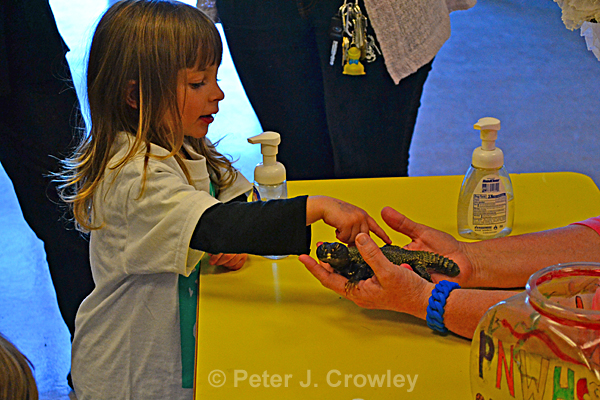 Ann Chuk smiling here as she passes out raffle tickets winners. Her smile and the support of many volunteers has lit up the fields of a farm in E. Woodstock Ct. for 14 years, with all the proceeds going to
Camp Quinebaug in Killingly. 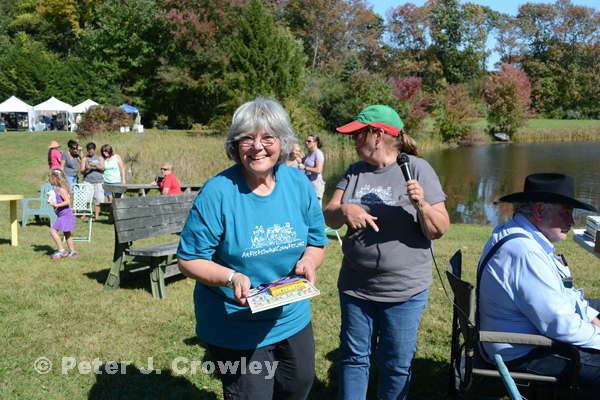 This years show was dedicated to Arnold Prince who was always there teaching the children who have their own show in the barn. He would bring one of his sculptures made from bent pieces of wood here is an Eagle Arnold created.

Some of the Artists from this years show. 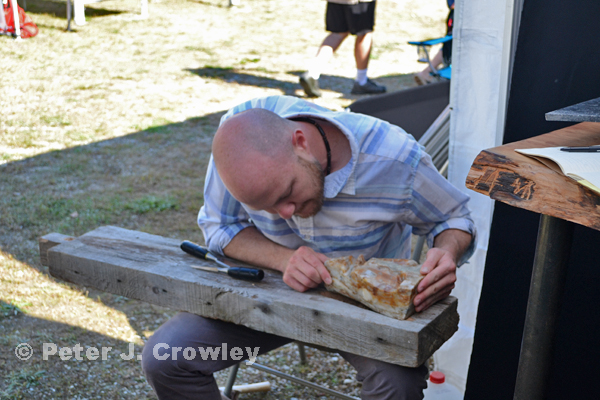 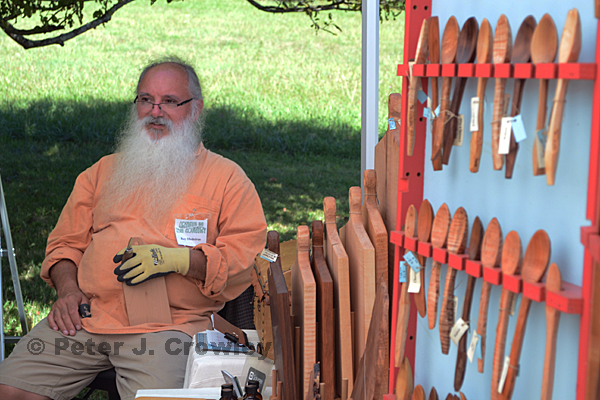 There was music, poets, food, and fun for all and of course there was the Country. 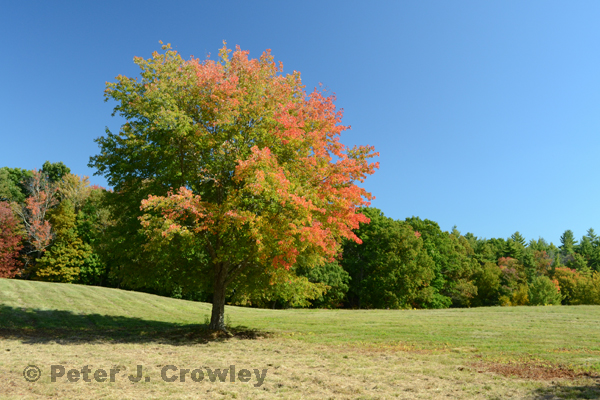 peace and creativity to all pjc
Photographic Art

Sorry due to a combination of weather scheduling and health I chose to take the show down on Thursday. Art is hard to move in torrential rain. So am I. To those who missed the show I am sorry. 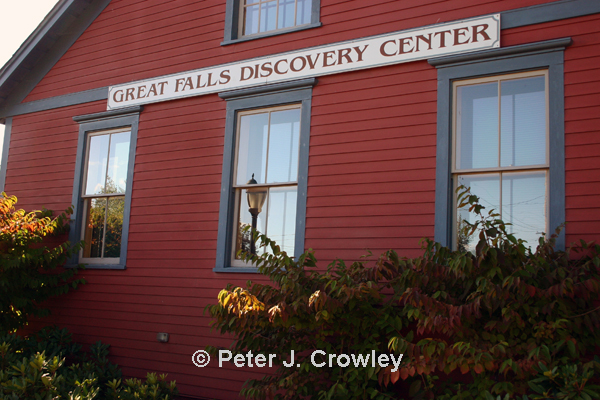 The folks at Great Falls were wonderful hosts and I can’t thank them enough for working with me to arrange this exhibition. Their first communication to me came shortly after a long hospital stay and was just what I needed to push me to create. Thank you. 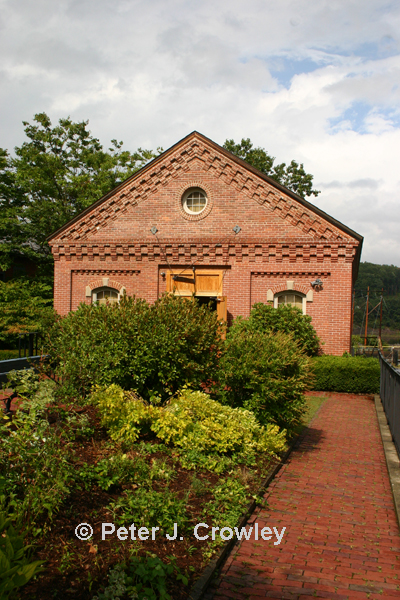 The Great Hall where monthly exhibits are shown, but this is not just a gallery it is a wonderful natural history museum with many speakers, programs and dioramas. It is a wonderful day trip or more if you look into the area lots of art and music venues. Thank you Laurel, Paul and the staff.
enjoy pjc

Photographic Art Prints not Pixels you should see this at 11×14 or larger.

More from the art on road to Turners Falls next blog.